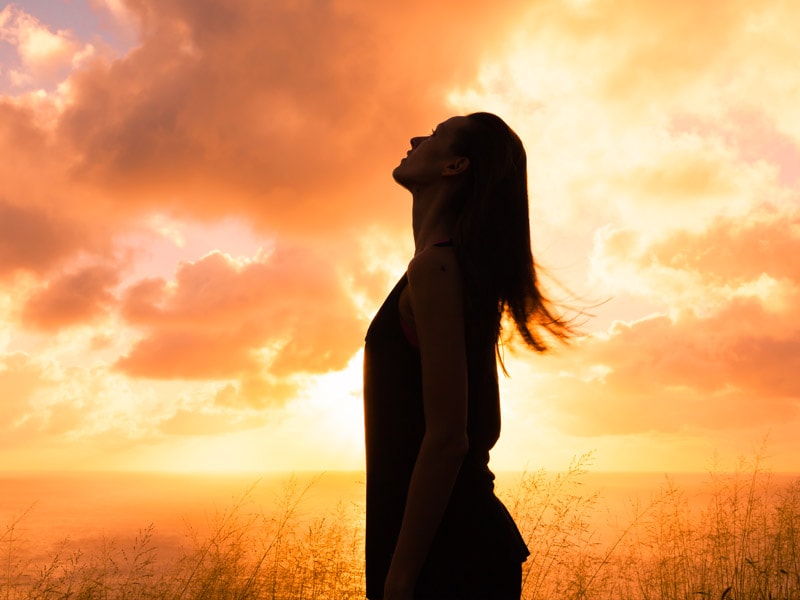 Superheroes are not a modern invention. Since ancient times, people have dreamed of superpowers and superpowers, which was reflected in a large number of epics and tales about heroes, gods and how ordinary people became equal to them.

And if in the myths of Ancient Greece superheroes usually had a part of the divine blood, and in modern films and manga superheroes usually became such under random circumstances (bite of a spider, experiment of scientists, etc.), in the literature and philosophy of Asia it often depended only on the person.

Moreover, there were various structures (sometimes called traditions, lines, systems, etc.) that accumulated knowledge and practiced methods that led people to what we would now call superpowers.

Here we will touch one of the basic methods that was used since ancient times for hacking reality – meditation.

Although my goal is to write everything simply and clearly, there will still be a few terms, studies, maybe it will be boring. However, those who want to understand what meditation is and how to hack reality with it are welcome under the cat.

BONUS – perhaps we all love miracles. How about increasing the efficiency of the brain and prolonging life? In this article, we will look at the first hack of reality to prolong vigorous life, teach how to use it, provide scientific evidence of its effectiveness, and how to check for yourself how it worked at the physical level.

First, let’s get to the bottom of what meditation is. There is so much around the term that the meaning is not so easy to understand now.

The term itself came from India, but to denote it in translation, the Latin word meditatio was used – meditation.

In the original Sanskrit meditation was called dhyana. This word, for example, is translated in Wikipedia as contemplation, “vision by mind”, “intuitive vision”, meditation, concentration, reflection. Which gives us a hint that this is something to do with the mind. However, for practical understanding it gives little.

If you read about meditation in a Buddhist wiki, you can see that it is defined there as a method of transformation of the mind.

And this is not just one frozen method, but a huge number of practical methods, which can be both rigidly fixed for everyone and individually applied depending on the mind of the practitioner.

Buddhism, which most closely uses the methods of meditation and studies them a lot, emerged in about 500 BC and up to now a huge number of practitioners and scientists have continuously applied and improved these methods to transform the mind in their chosen directions.

So, let’s try to give a definition for the purposes of this article. Meditation is a method for working with the mind, most often (but not necessarily) consisting of reflection on a given topic and concentration of the mind in some described way, which is aimed at transforming the mind of the practitioner in the chosen context.

For example, we may feel overwhelmed by greed and wish to adjust this state. To do this, we can start a daily practice of specially designed meditation, usually 10 to 30 minutes a day, and after some time, this condition should return to normal.

Of course, it is possible to change the mind in different ways, modifications can be useful, strange, useless, harmful, etc. Especially in modern times, when social networks begin to post on this topic do not understand what. This modernity works in all areas – for example, you can remember the battle with vaccinations, homeopathy, etc.

And the modern medicine itself, which works with the body, which is supposedly easier to organize than the mind, often “changes the indications” – first something harmful, then as the study is not harmful, then generally useful. A typical example of a lot of such things is cholesterol. A review article about this case in the Giktimes.

The same can happen when working with our mind, for example, we wanted to reduce stress, used some method and got something else, for example, nervousness. Therefore, as always and everywhere, we need to use our well-educated brain – to question everything, not to take anything for granted, to check everything.

What is hacking reality

Each of us lives in our own reality – work, home, family, friends, hobbies, etc. And few of us would not want to hack into this reality. That is, they don’t work to the point of losing their ability to work, fulfilling all their social obligations to the point of death, but somehow hack into reality.

At the same time, we do not consider chemical hacking – alcohol and all sorts of stronger substances, about which there is enough literature and so on. At the same time, usually, in the long run, most of the substances (with rare exceptions) lead to a reality much worse than it was before.

How about in dreams to get into magical realities and live a second life there? Or is dying going to other worlds and consciously staying there? Or to live in this world not ~70 years, gradually fading and stupid, but fully and vigorously ~100 years? Such hacking usually arouses interest in us, geeks, that can be seen by the articles here and the popularity of fantastic literature.

To move on to hacking, let us first understand the term reality. What is it? Even a review article in Wikipedia gives many definitions and characteristics of this term.